Nobility and Self Oblivion 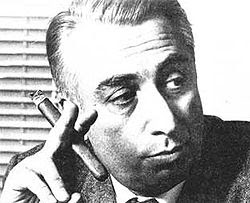 The word "noble" is out of style. "Noble" meaning "honorable." "Noble" meaning "superiority of mind or character." Roland Barthes gives these attributes to his mother and to literature: "Since maman's death, no desire to 'construct' anything--except in writing. Why? Literature = the only region of Nobility (as maman was noble)." I believe him! 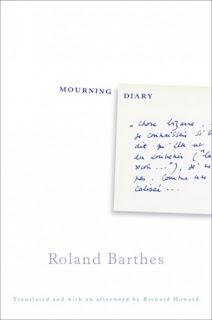 Mourning Diary is a record of his mourning for his mother. But this morning I'm also interested in his surprising, idealistic view of literature as the only "region of Nobility." A tremendous claim in these relativistic times. Reading Barthes I feel I return to the idealism of my youth when my teachers, friends and I recoiled from materialism. To Barthes' equation I would add another: Literature = Freedom.
A few weeks ago my friend N. and I were looking at one of her paintings. "The paint takes over," N. said. When paint takes over, the artist is freed from herself. When language takes over, the writer is freed from herself. When artists express the seemingly impossible to express, there is freedom in the work. So today I won't beat a poem to death trying to get it right. Or scrub a pot to an inch of its hard-metal life.
Posted by Mim at 4:38 AM