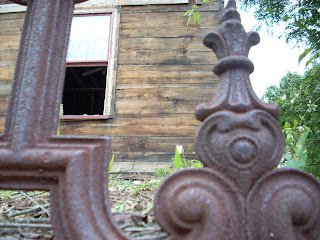 A few blocks away, workers are stripping a house as if they were stripping a sofa to be reupholstered. They've ripped off the siding, exposing these wide boards, which have been hidden since the nineteenth century, when the house was built. Inside they smash plaster, which gives off clouds of white powder as it falls into the dumpster. They tear out ceiling fans, stoves, cabinets, white metal medicine chests with big globe lights. The workers wear masks. I watch from across the street.
If we were stripped down, we could not be rebuilt. We'd be soul-less, lifeless. Have you seen those flayed, embalmed bodies on exhibit in museums? They are processed: "A human specimen is first preserved according to standard mortuary science. The specimen is then dissected to show whatever it is that someone wants to display. Once dissected, the specimen is immersed in acetone, which eliminates all body water. The specimen is then placed in a large bath of silicone, or polymer, and sealed in a vacuum chamber" (Boston Museum of Science website). Ghastly! I saw the exhibit in the Boston Science Museum. Lifeless. Macabre.
The house is full of life. The more the workers strip away the more beautiful the house appears. It's girdled in granite, which has blackened from the steam engine trains that used to speed by, and an iron fence, which I hope they will restore. 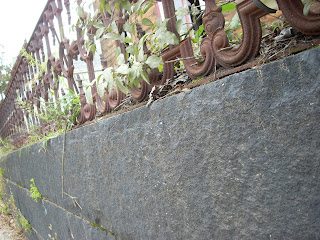