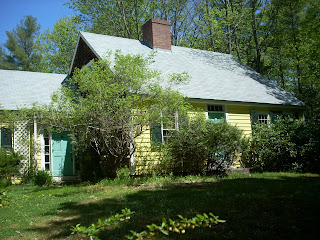 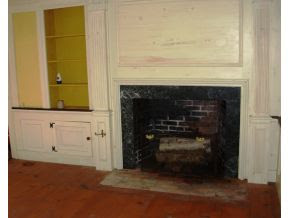 Real estate fever seized my brain last week. I fell in love online after I saw the pictures of this 1770 house with four acres of land for $144, 900! My pulse raced and I would wake up in the middle of the night and plan: We'd take out a mortgage on our house near Boston and spend spring and summer weekends in New Hampshire near family. The house and outbuildings needed what they call "work." When I saw it, I thought, The work would kill us. It turned out someone had already made an offer.
The pictures on the agent's website did not show the atmosphere of lost promise, rotten sills, animal nests, and falling-down decay. Originally the house must have been built on acres and acres, a huge pre-revolutionary-war land grant, most of which has been sold off, a few parcels at a time. The air of sad rottenness and beauty was the New England version of the postbellum South. Hundreds of thousands dollars could bring the house back more easily than restoring a cotton planter's mansion.
What was the purpose of this little Greek revival temple? Was it used as church or a theater? Or both? Is it 19th century or a 20th century version of Greek revival? 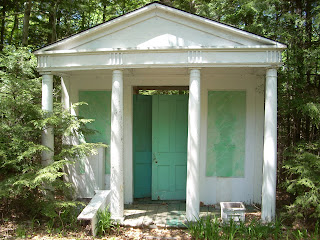 I would guess the "bathing pavilion" was built in the 1920s. 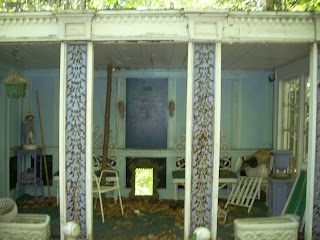 A version of pastoral with chubby legs and feet, and shawl to keep off the chill. 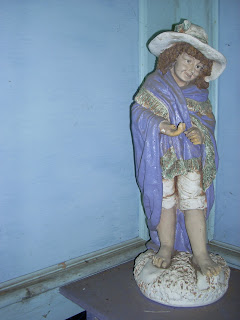 The barn/garage/shed is much larger than it looks in the picture and needs to be rebuilt. 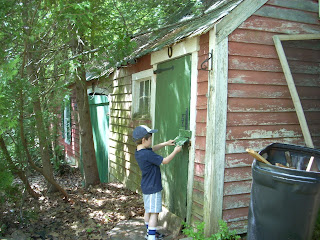 The mess in the shed. 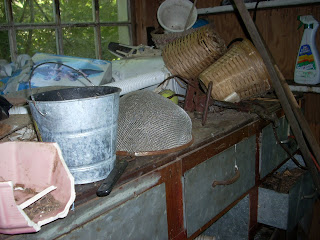 Animal nest in the tool box. 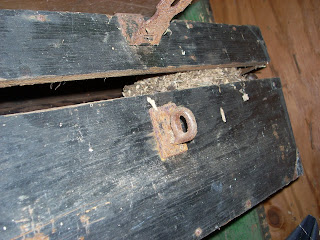 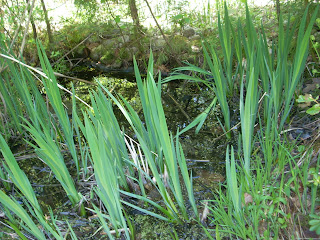 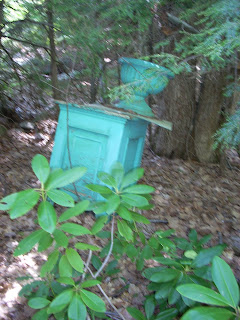 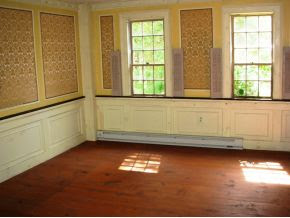 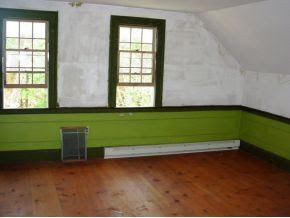 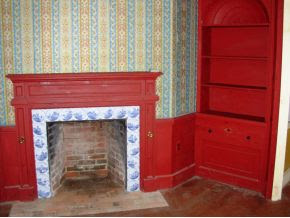 There are five fireplaces in the house.
I'll never go back.
Posted by Mim at 7:10 AM