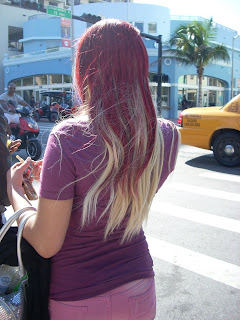 The afternoon before the Super Bowl game I looked for auspicious signs and found them. Lavender and blond hair, players in suits on the beach, a confident man in a bright yellow jacket. 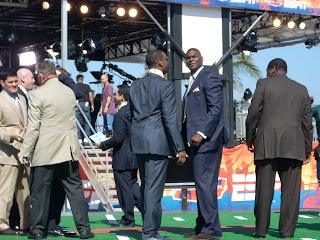 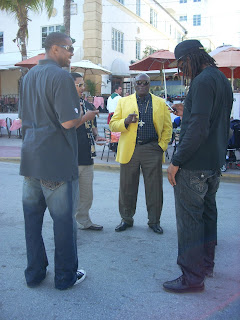 Displayed in front of the South Beach police station was a patrol car from 1955. 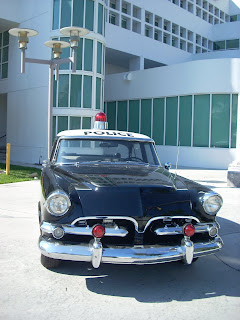 Almost everyone I spoke to said they were cheering for the Saints but didn't expect them to win. The team from New Orleans took charge of the game in the second half. Brilliance and luck: Tracy Porter's interception for a 74 yard touchdown run. The Saints rolled on and won, 31-17. Odd numbers are lucky.
Fans crowded Ocean Drive in South Beach. 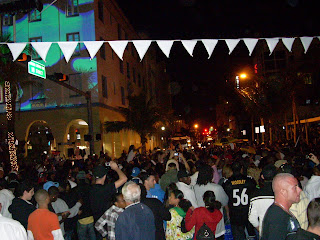 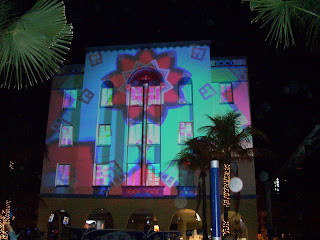 A Reggie Bush fan the night before the game: 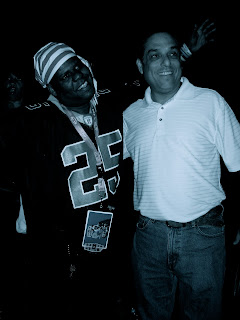 I found him again after the game: 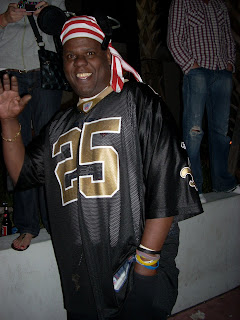 "Yes, they won!" said the man in the rose-colored jacket, and his companion smiled. 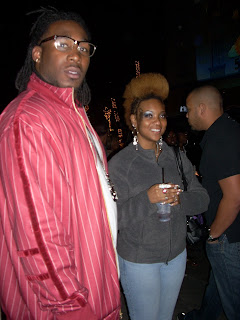 The police were out in case of trouble. I saw none. 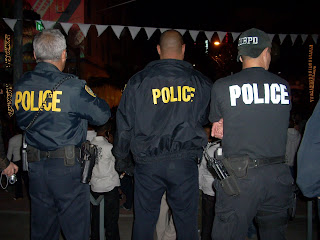 The gun's on his hip, the cell-camera in his hand. 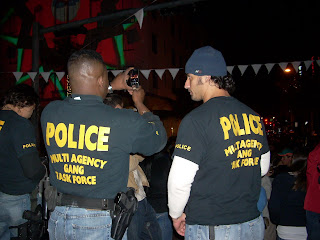 We walked home; the crowds thinned out, but cars sped by with Saints' flags flying!
Posted by Mim at 5:57 AM