Our Species & the Scent of Figs 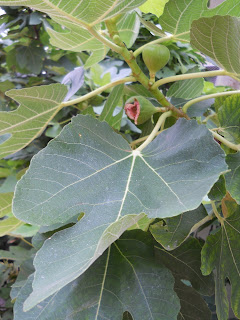 Monday morning. The beach is overwhelmed by trash, mostly plastic. Weekend, beach-party trashers were here. I did not photograph the litter. If I had I would have had to look at it more closely. Instead I looked east and walked on, but for a moment I thought: This place needs a swarm of eco-prophets to patrol the beach. Never mind, 'Beware the end of days,' rather, 'Beware drowning everything in trash.' Mind almost rinsed clear, I watched a huge tractor plow under seaweed and garbage. Near South Point the tractor stopped. Coming abreast of the tractor I made the mistake of looking at the driver in his high seat. His bulk filled the cab. He was enormously fat. "It's almost over," I said to myself, "our species and this planet." The thought made me smile.
At South Point Park there were more birds than people, the human figure small in relation to water and sky--the right proportion. 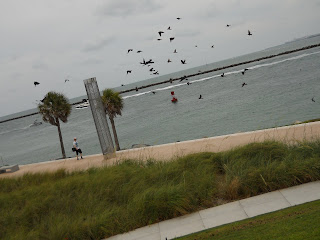 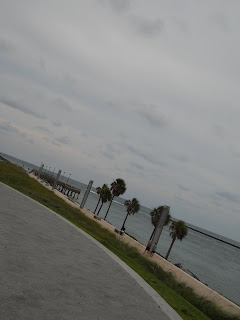 Without planning my route I headed home and found myself in front of a clump of fig trees I had found weeks ago. There hasn't been much rain. The figs are unripe still, yet the broken fig gave off a subtle perfume--depth without musk, new green, and pale yellow honey. Untended, the fig trees still flourish.
Posted by Mim at 7:20 AM