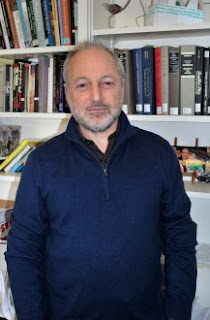 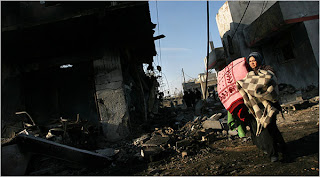 In today's "New York Times," (June 9, 2009, page 23), Andre Aciman writes: "for all the president's talk of  'a new beginning between the United States and Muslims around the world' and shared 'principles of justice and progress,' neither he nor anyone around him" spoke about "the other 800,000 or so Jews born in the Middle East who fled the Arab and Muslim world or who were summarily expelled for being Jewish in the 20th century.
With all his references to the history of Islam and to its (questionable) 'proud tradition of tolerance' of other faiths, Mr. Obama never said anything about those Jews whose ancestors had been living in Arab lands long before the advent of Islam but were its first victims once rampant nationalism swept over the Arab world."
"Nor did he bother to mention that with this flight and expulsion, Jewish assets were--let's call it by its proper namer--looted.  Mr. Obama never mentioned the belongings I still own in Egypt and will never recover."  Aciman goes on: "We are, each one of us, not just defined by the arrangement of protein molecules in our cells, but also by the things we call our own."
Andre Aciman, the author of the memoir, "Out of Egypt," left Egypt with his family when he was fourteen.
Just before reading Aciman's op-ed piece, I watched a clip from today's "Guardian," which showed refugees whose homes were destroyed in the Israeli attack on Gaza.  Their situation is dreadful.
It's usual to ask at this point, Will the conflict ever end?  I'd like to conclude this post on a different note. Perhaps the effects of global warming will literally submerge these problems.  No, of course not; some will say, it will make things worse.  In a recent New Yorker article, Elizabeth Colbert is certain of the next mass extinction.  Humans may disappear, as apparently frogs are now disappearing.  Safe for now in my study, having had a cup of green tea, a pleasant rain falling, I can entertain the prospect with philosophic calm.
Posted by Mim at 1:26 PM