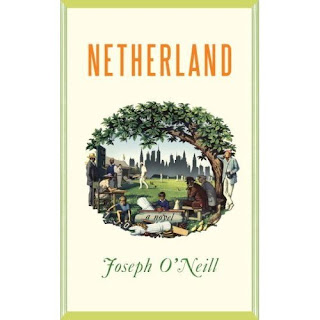 How seldom I come across positive writing about mothers from male authors. If you know of any, please let me know. 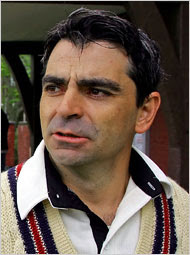 Joseph O'Neill is the exception. The main character of his novel, Netherland, remembers his mother finding him when he cuts school and goes skating:
"As my ankles grew sore and my mind turned to the inventing of excuses for my absence from school, a figure approached on the ice. For a moment I was terrified. Then I saw that this approaching skater was a woman, a woman who as she drew nearer became my mother. How she'd guessed she would find me in this lonely place is something I still cannot explain. But she had guessed, and here she came now, methodically thrusting sideways and moving with the sweet excess of physical efficiency that is the first and last bliss of ice-skating. I was busted; I thought for a moment about sprinting off. When my mother caught up with me, however, she simply said, 'Would you find it terrible if I skated with you?' She and I glided side by side along the edge of the fields of white grass, our hands clasped behind our backs. We pushed in harmony, the one occasionally dropping behind the other where branches leaned into our way or when a cracking sound betrayed a stretch of thin ice. My mother, a large woman and somewhat plodding in shoes was graceful on runners. It was she who presided over my first wobbling, upright motions on frozen water, who first placed bladed little boots on my feet and, with gentle tugs, pulled right their crosscrossing white laces."
There are no discordant notes in his passage. The mother asks permission; mother and son skate off together, harmoniously. She does not scold him about his cutting school.
I would be grateful to hear of similar descriptions of mothers by male writers, but all I can think of are monster mothers like the one in Portnoy's Complaint.
Posted by Mim at 10:37 AM