Too Young to Die 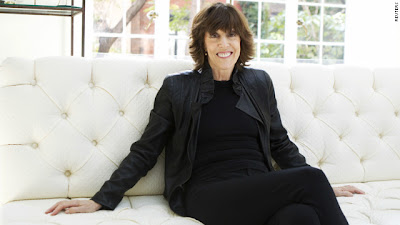 Writer, film director, journalist Nora Ephron died at seventy-one.  Too young! I thought.  But is there any good age to die?  Do we say, 'Eighty-nine is a good age to die?'  Or forty-nine, or fifty-two?  As long as one is not screaming in agony, as long as one is getting some pleasure out of life, there is no good time to die.   June, 2012--the  cherries have been delicious this year, and with them I like to drink dry white wine.  A Graves is good.


I am not calmed by eastern religion or friends who quote serene-sounding classical Chinese poets, who seem to accept death, not that I'm all for raging against the dying of the light in the manner of Dylan Thomas.  Rage and you burn yourself out.


One of these Chinese poets writes that losing a tooth is a marker of mortality, a sign that you will soon die.  It will take more than a loss of a tooth to convince me I'm about to die.


And please, no one tell me after the death of an old person, 'She had a good life' or 'He lived a long life.'  Save those dull so-called reassurances for someone who can bear banality. 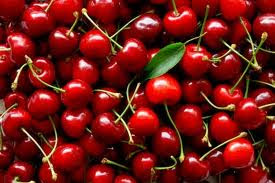 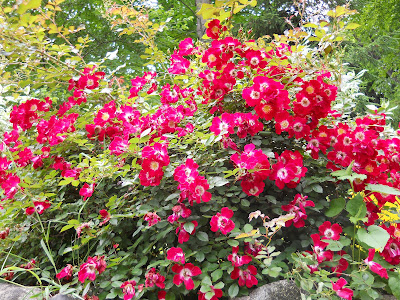 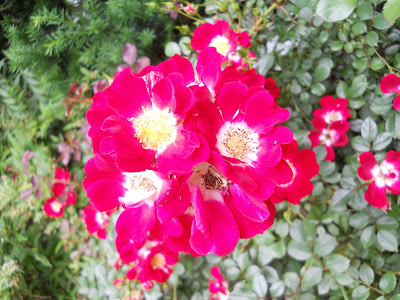 I'm a sucker for red.  These roses blaze as summer gets closer.  There's no such thing as too much when it comes to flowers.  These have no perfume.  We'll have to imagine a scent--a sweet scorch.  These are Meidiland roses developed in France. 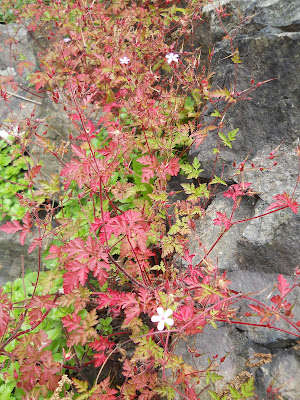 This dainty plant finds a foothold in a tightly mortised stone wall.  It doesn't need much.  Somehow it's found soil in the cracks and enough nutrients to bloom--bloom small.

Bold and dainty surprised me on my neighborhood walk.  Fresh beauty is close at hand.  Why not look? 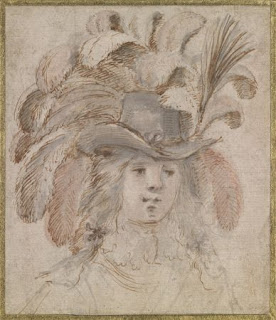 Seventeenth century artist Stefano della Bella drew this man in a plumed hat.  It would be marvelous to see men in such hats now, a change from the common baseball hat we see everywhere.  (Isn't "della Bella" the perfect name!)

Here in Boston, in the 18th century, well-to-do men wore scarlet cloaks woven from fine wool dyed from cochineal made from the shells of an insect that feeds on cactus.  On Sunday we saw two scarlet cloaks on display at the Concord Museum.  Now in Boston men wear drab colors: gray, dark green, brown.  (I first came across the word "cochineal" in a poem by Emily Dickinson, in which she describes the arrival of a hummingbird: 'a revolving wheel of cochineal.') 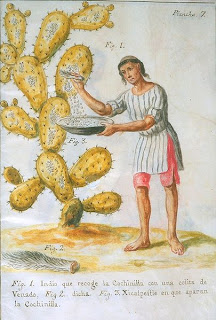 Men wearing flamboyant clothes would probably not improve society but would make for a lively scene, a scene on the street and subway.  First we have to get people out of their cars.  Men, put on your scarlet cloaks and plumed hats and strut!