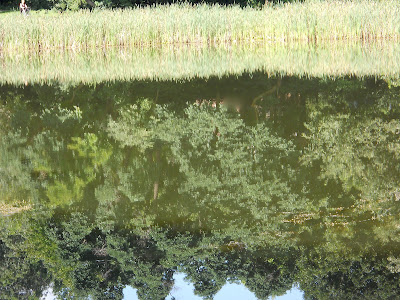 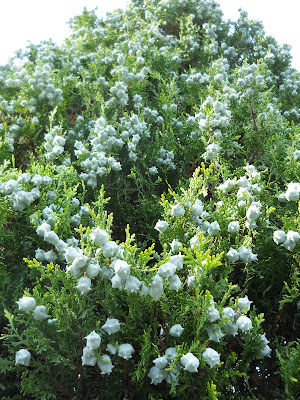 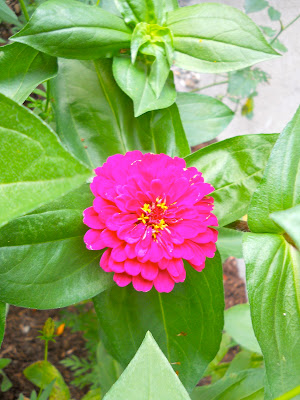 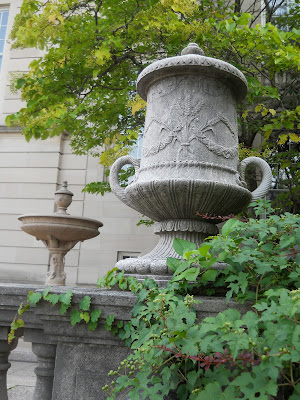 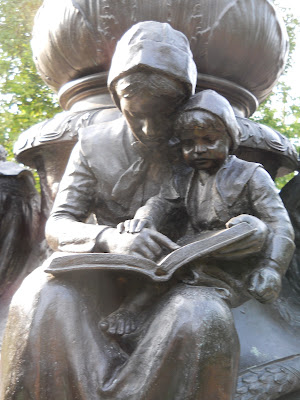 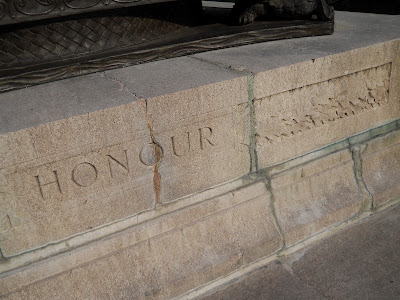 It's been far too long away--away at my desk, putting together a new book, away taking art classes with M.S., away to the pond.  A few days ago J. and I went to the Cambridge Public Library and took the elevator up to the children's floor.  There's a delightful corner with a view and a carpeted area in which to sprawl and loll with books and toys. 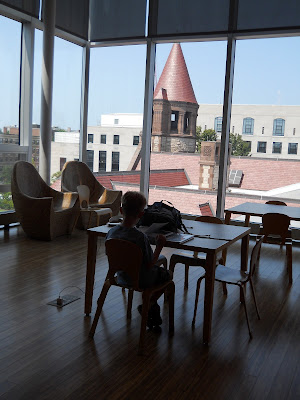 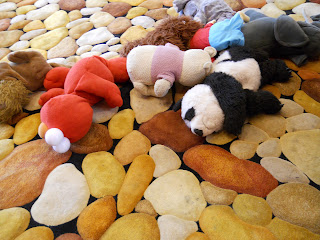 The carpet is sculpted.  I could feel the soft humps through my crocs. 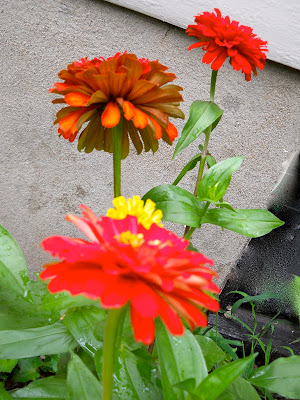 The giant zinnias are coming into their own.  Tomorrow the magenta ones should open.  Magenta! 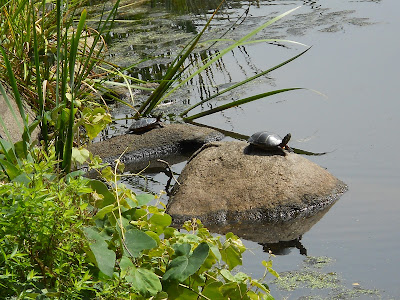 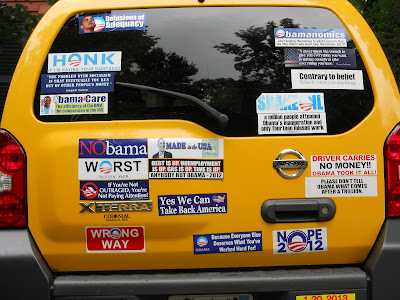 Another neighborhood sight--a rare one in this liberal area.  I smile whenever I see it.  Why does this display give me so much pleasure?  The fixed, frozen quality, I believe, the display of foolishness.
Posted by Mim at 5:18 PM 8 comments: