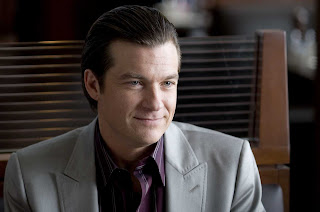 I watched "State of Play" because I have a weakness for Russell Crowe, but the star of this muddled film is Jason Bateman in the role of Dominic Foy, a publicist in the employ of a corrupt company with influence in Washington. They own congressmen.
Bateman has not been ruined by TV. He is known for his roles in "Arrested Development" and "Little House on the Prairie." But he has developed into a brilliant actor. As Dominic Foy, he is slick, craven, weakly handsome. His expression disintegrates from a sneer to a sickening look of fear, as the reporter Cal McAffrey (Russell Crowe) threatens him in order to force him to reveal the company's secrets. In the end the only thing that holds Foy up is his well-tailored, natty clothes.
Jason Bateman should be playing leading roles. 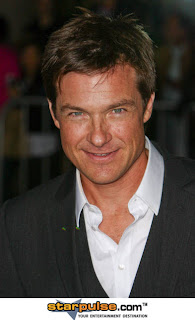 PS: Russell Crowe's performance is flabby.
Posted by Mim at 9:17 AM